For those of you who may not know about her or her work, here’s a short biography from The History Makers:

A poet and spoken word artist, Giovanni entered Fisk University in 1960, where she edited the school’s literary magazine and became involved in both the Writer’s Workshop and the Student Nonviolent Coordinating Committee; she received her B.A. degree in 1967. Giovanni became active in the Black Arts Movement, organizing the Black Arts Festival in Cincinnati; during this period of her life, she developed strong and enduring friendships with fellow writers James Baldwin and Sonia Sanchez. Radicalized by the assassination of Malcolm X and the rise of the Black Panthers, Giovanni’s poetry in the 1960s and 1970s became the voice of many African Americans.

I still remember hearing her “Ego Tripping (there may be a reason why),” for the first time (of many) on Black radio in New York. She inspired me, and a whole lotta young sisters, to write poetry that celebrated us.

I’ve only posted the beginning of the poem, written in 1972, because it’s what I remember most from back in the day, boppin’ down the street with my boombox and snapping my fingers to her beat. Be sure to check out the whole thing:

Before “Ego Tripping,” Giovanni also expressed militant Blackness with an open critique of racism, spoken as an ironic gospel prayer to peace.

In the beginning was the word

And the word was

And the word was nigger

And the word was death to all niggers

And the word was death to all life

And the word was death to all

The genesis was life

The genesis was death

In the genesis of death

Was the genesis of war

be still peace be still

In the name of peace

They waged the wars

ain’t they got no shame

In the name of peace

Lot’s wife is now a product of the Morton company

nah, they ain’t got no shame

Noah packing his wife and kiddies up for a holiday

But why’d you leave the unicorns, noah

Huh? why’d you leave them

While our Black Madonna stood there

Eighteen feet high holding Him in her arms

Listening to the rumblings of peace

be still be still

Giovanni melded her poetry with both jazz and gospel on the1975 release of “The Way I  Feel.”

She opens with a funky love poem from 1975 “The Way I Feel,”  which also serves as the album title:

Giovanni was not the first poet whose work would feature in Black music circles. In 1959, jazz theorist and composer George Russell, released the album New York, NY. It not only featured poetry by vocalese master Jon Hendricks, but a stellar cast of musicians including Bill Evans, Max Roach, John Coltrane, Milt Hinton, Bob Brookmeyer, Art Farmer … and more.

In 1968, the great baritone jazz balladeer Arthur Prysock recorded This Is my Beloved, featuring the poetry of Austrian-American Walter Benton, which had become a best-seller when it was published in 1943.

My friends and I wore out several of the original LPs: The combination of Benton’s sensual words and Prysock’s deep sexy tone, combined with a mellow jazz accompaniment, made for a perfect evening with a glass of wine with the object of your affection sitting next to you.

The soft sensual pull of Prysock was no match for the fired-up agony of a world where young Black and Latino folks were joining movements of resistance to the prevailing white supremacist culture in these U.S. of A. Harlem was central to the development of the Black Arts Movement, and several young male poets, and drummers came together to create a group who would become known as “The Last Poets.”

Billed as “a conspiracy of ritual, street theater, soul music, and cinema,” Right On! is a pioneering performance film, a compelling record of radical Black sentiment in 1960s America, and a precursor of the hip-hop revolution in musical culture. It features the original Last Poets—Gylan Kain, David Nelson, and Felipe Luciano—performing 28 numbers adapted from their legendary appearance at New York’s Paperback Theater in 1969, shot guerilla-style on the streets and rooftops of lower Manhattan. Opening months after the better-known music documentary Woodstock and almost simultaneously with Melvin Van Peebles’s Sweet Sweetback’s Baadasssss Song, Right On! was described by its producer as “the first ‘totally black film,’” making “no concession in language and symbolism to white audiences.”

MoMA has made the entire film available on YouTube.

I was close to both Gylan Kain and Felipe Luciano; Felipe would go on to become a founding member of the New York Young Lords, (of which I was also a part), and chairman of its Central Committee.

Kain and I both lived on 6th Street in the East Village a few years later. Before he left the United States for Amsterdam, he left a legacy of powerful poetry behind him; his album The Blue Guerilla remains an underground classic. Accompanied by Gregory ‘Saint’ Strickland playing the blues, Kain is a Black prophetic phenomenon. Still not convinced? Tom Jureks’s review for All Music should tempt you to listen.

This solo album by Gylan Kain, one of the original Last Poets — before the group recorded for Douglas Records — is a study in angry poetics, performance art, and killer presentation. Recorded and issued in the early ’70s, The Blue Guerrilla is a freestyle set before such a thing was even a dream. Kain’s one pissed-off cat, raging not only against the usual necessary concerns, but also against the stereotypes in his own community. Free jazz-funk grooves on guitars, electric violins, a slew of drums, and ghostly keyboards accompany his gorgeous and disturbing ranting that is far from pointless. From the opening ritual scarification of “I Ain’t Black,” with it’s free jazz approach and over-the-top screaming, to the poignant indictment of “Harlem Preacher,” to “Black Satin Amazon” and “Constipated Monkey,” Kain is a hipster without a country, a street poet without an audience, an activist without sympathy. And rather than succumb and stylize his thang to get his message across, he becomes angrier, slyer, slicker, less forgiving, and more insightful. Music is placed here not as accompaniment, but as a framework for Kain to place his poetry in a context of the African-American oral tradition and the Living Theatre. And he gives no quarter.

Here’s the titular-in track, “Look Out for the Blue Guerrilla.”

One of the most interesting, and humorous discussions of blues and poetry I’ve ever heard was delivered by Gil Scott Heron in Robert Mugge’s film, Black Wax. Heron puts his finger on a streetwise view of “poetry” when it is wrapped in Eurocentric language, and mocks it, saying “this must be deep.”

Though most people are familiar with Heron’s “The Revolution Will Not Be Televised” I love the lyricism of his tragic “Did You Hear What They Said,” which opens with:

They said another brother’s dead,

They said he’s dead, but he can’t be buried,

They said he’s dead, but he can’t be buried,

It’s a lament we hear all too often today.

It should come as no surprise that these poets and musicians would lay the foundation for the art that we now classify as hip-hop or rap.

Though there are older folks who dismiss those newer musical forms, and prefer to remain steeped completely in the past, I was around for the birth of Bronx deejays and the beginning of hip-hop in 1973. Close to 10 years later, in 1982, “The Message” from Grand Master Flash and the Furious Five was a spoken word special delivery that I still feel in my gut today:

With COVID-19, the right-wing insurrection and gun craziness, as well as increasingly open racism and ongoing white supremacy, I too often “feel like going under” … but what saves me daily is the cathartic power of music and poetry.

Join me in the comments below; let’s post and discuss what Black spoken word music and poems are on your playlists.

‘This wasn’t policing. This was homicide’: Prosecutor makes open and shut case of Chauvin’s destiny 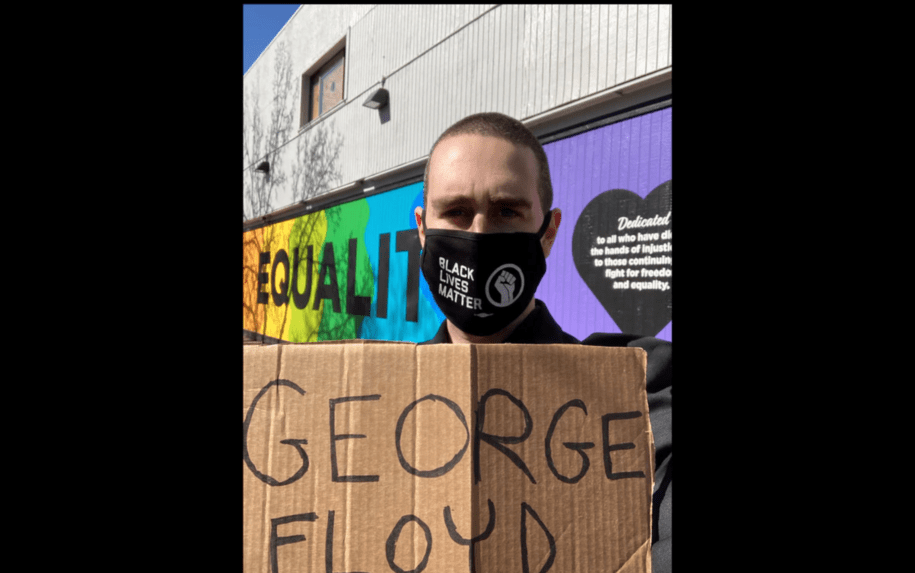