This year, H&M disappeared from China’s internet. Ride hailing, e-commerce, online promotions: The world’s largest fashion retailer simply vanished without a trace. Its stores were still open for business—if you could find them. They suffered no broken windows or tax raids, but China’s own Baidu Maps and even Apple Maps literally wiped them, well, off the map.

That might seem like a small price to pay for taking a principled stand against modern slavery. But the precision of China’s strike on H&M is just as shocking as its smothering completeness. It demonstrates that the government exercises a form of power in China that is as fine-tuned as it is total. Whether it’s lashing out at a corporate critic, silencing all warnings of an emerging infectious disease, or suppressing the language and religion of an entire ethnic group, China’s government is no brute-force authoritarian regime. It is the inventor of a new 21st century techno-totalitarianism. It possesses all the tools of classic totalitarianism—and many new ones of its own invention.

H&M’s crime—if you can call it that—was to publish a statement last October reassuring its customers that it was “deeply concerned” about “accusations of forced labour” in western China’s Xinjiang autonomous region. It neither endorsed the accusations nor condemned China’s ongoing crimes against humanity, which many label genocide, although it did confirm it would no longer source cotton from the region. Mysteriously, China’s government waited five months to bushwhack H&M for practicing responsible corporate governance.

This kind of arbitrary exercise of power is a key feature distinguishing totalitarian regimes from authoritarian ones. Authoritarian governments base their legitimacy on the authority of key institutions—often religious ones—that are already deeply rooted in their societies. They are able to transgress ordinary moral limits because they leverage the preexisting loyalties and beliefs of their populations. Authoritarian violence is often brutal, but it is rarely surgical.

Totalitarians demand their people give up sentimental attachments to established institutions in favor of an empty ideology of state power. A great theorist on totalitarianism, Hannah Arendt, explained that totalitarians teach their followers to “believe everything and nothing, think that everything was possible and that nothing was true.” Totalitarian regimes are entirely unfeeling, committing genocide or scrubbing a company from the internet with equal equanimity. They murder as a simple matter of state policy. To use the chillingly clever aphorism so often attributed to Soviet leader Joseph Stalin, “a single death is a tragedy; a million deaths is a statistic.” Or as Arendt put it, Hitler’s concentration camps made even “death itself anonymous.”

The word “totalitarianism” was first used in print in 1926 by Roman Catholic priest Luigi Sturzo to describe then-Italian Prime Minister’s Benito Mussolini’s fascist government. For Sturzo, totalitarianism represented “the centralization of political and economic life, suppressing all freedom of action and transforming the powers of the state into a single power, both executive and administrative, and thereby reducing it to true dictatorial power.” While authoritarian regimes force the individual to submit to a warped and one-sided sliver of society, totalitarianism is the exaltation of the state above everything else, including both the individual and society.

Mussolini’s Italy was only ever aspirationally totalitarian, and although it took control of civil society organizations like newspapers and trade unions, it had to come to an accommodation with the powerful Catholic Church. Nazi and Soviet totalitarianisms were more complete. They all differed in character, not to mention the sheer scale of their violence, from the murderous authoritarianism of Francisco Franco’s Spain, António de Oliveira Salazar’s Portugal, and later military regimes in places like Greece, Argentina, and Brazil. Authoritarians consistently appealed to the moral authority of established institutions like the army and the church. Totalitarians based their rule on sheer terror.

Communist China has always been totalitarian in theory and was perhaps totalitarian in practice under Chinese Communist Party Chairman Mao Zedong in the first quarter century of the People’s Republic. As Mao said, “political power grows out of the barrel of a gun,” and “the Party commands the gun, and the gun must never be allowed to command the Party.” The chaotic character of Mao’s rule may have prevented the Chinese Communist Party from effectively running the country, but that didn’t stop it from infiltrating all aspects of—what in an ordinary country would be called—civil society. In China, even the Catholic churches are run by the state.

In the early years of Mao’s rule, Western authors routinely described China as a totalitarian state. But that began to trail off around the time of then-U.S. President Richard Nixon’s 1972 thaw. As late as 1978, the influential Freedom House “Freedom in the World” report maintained that “Communist China remains one of the most totalitarian states in the world.” With the opening of China’s reform era in 1979, that language was dropped. But after the 1989 Tiananmen Square massacre, many commentators must have felt the need for some kind of political epithet to describe China. Most of them seem to have settled on “authoritarian.”

Like many others, Freedom House now describes China as having an “authoritarian regime.” But China has little in common with classic authoritarian states. China’s Communist Party does not seek to legitimate its rule by reference to the authority of any established institutions beyond generic appeals to Chinese patriotism and Confucian patrimonialism. Yet under Chinese President Xi Jinping, the “centralization of political and economic life” that Sturzo considered the hallmark of totalitarianism has only increased. Those who associate totalitarianism with concentration camps need only look to Xinjiang, where China is using top-down tools of social control to bury a society of many million people in the mass grave of cultural oblivion. If China ever was governed by a totalitarian regime, it is now.

When a state tracks the online communications of its citizens, tracks people physically using facial recognition technologies, controls all mass media and most social media, and imprisons large sections of its population in concentration camps, it is a totalitarian regime—pure and simple. Short of installing Orwellian two-way telescreens in everyone’s living rooms—or, in today’s terms, proof that it is watching every citizen through their smartphones’ cameras—it’s hard to see what more China can do to earn the label. The concentration of power in communist China already matches that of Nazi Germany and the Soviet Union, and modern technology gives today’s China infinitely more refined mechanisms for monitoring and controlling its population.

There seems to be a strange reluctance to apply the “T-word” to contemporary China. Pundits seem more comfortable asking whether China’s government is totalitarian than stating that it is. In addition to Freedom House, nongovernmental organizations like Human Rights Watch, think tanks like the Brookings Institution, and government agencies like the U.S. State Department all characterize China as authoritarian, not totalitarian. They don’t seem to have given much thought to what the word “authoritarian” might mean beyond the implication that its spread represents a challenge to liberal democracy. The irony is authoritarianism rarely spreads. History teaches us that totalitarianism usually threatens to spill its borders and endanger the rest of the world.

Truly authoritarian regimes can be extremely unsavory, but their embeddedness in particular social milieux—again, consider Spain, Portugal, or Greece—makes them inherently unexportable. Totalitarian regimes, by contrast, are much more able to enforce external compliance with their demands. That’s because they don’t require foreign collaborators to agree with their warped norms. They require only compliance—and all too often today, foreign companies and even universities are willing to provide it.

H&M may hold firm to its ethical principles, though that could prove costly for the company—and even for Sweden, its home country. Countless other Western firms have long since given into China’s pressure and effectively allowed themselves to slip under China’s influence. Unfortunately, there is no way to fight the spread of totalitarianism without harming the bottom line. That truth applies to whole societies as much as to individual companies. The corrupting influence of China’s totalitarianism can be contained at the border but only if other countries recognize it for what it is—and don’t flinch from saying so. 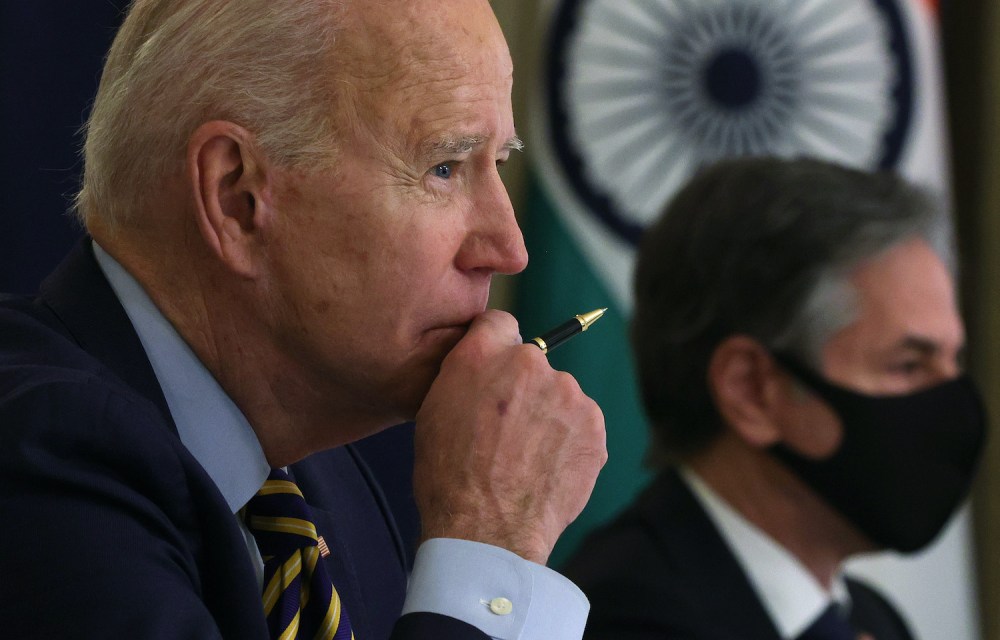 Biden Appears to be like to Include China—however The place’s the Asian NATO? 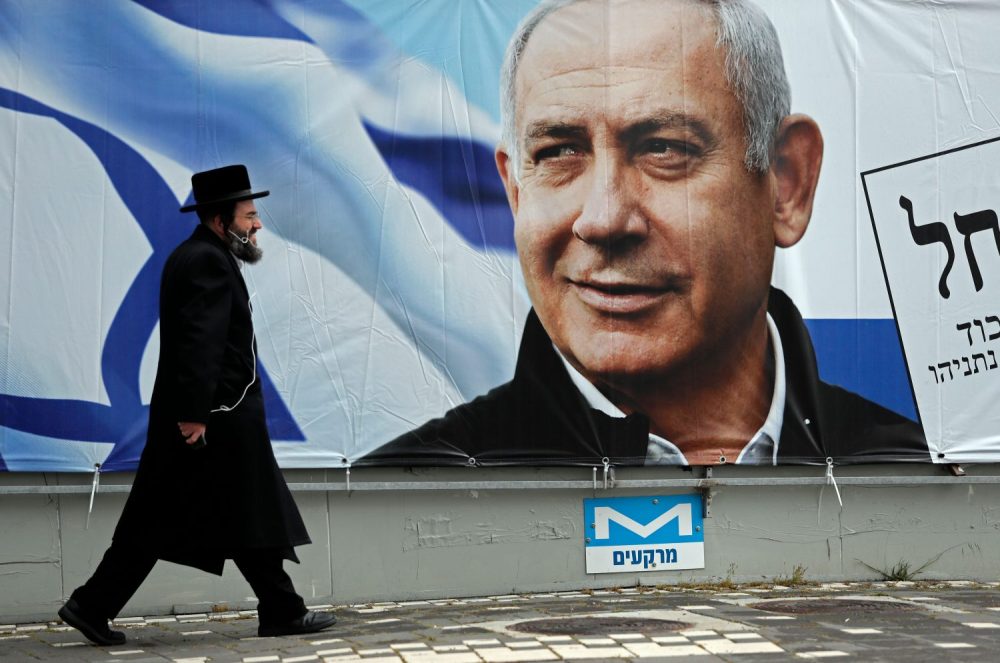 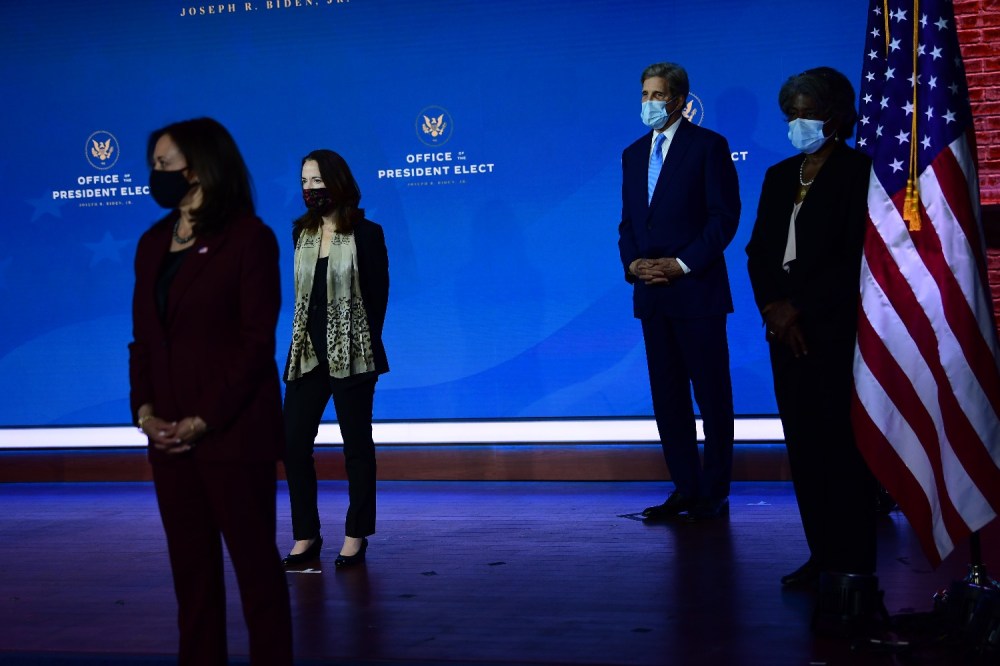 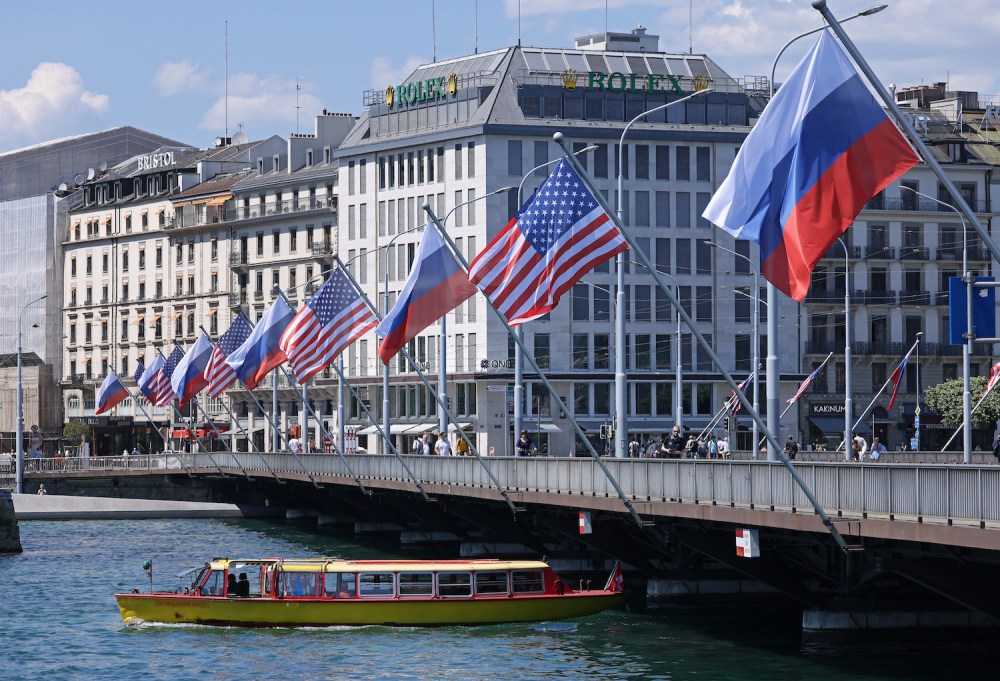