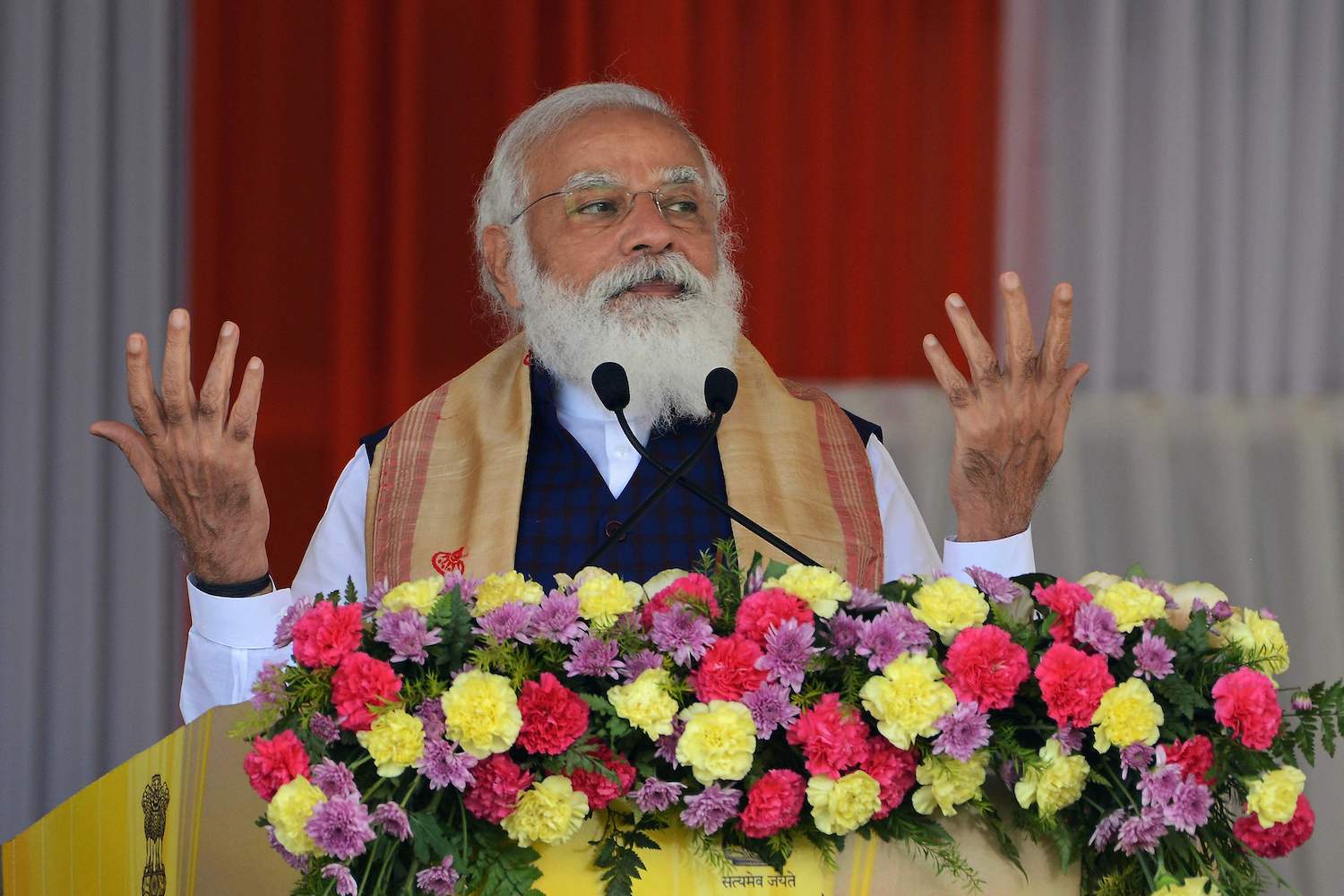 In 2015, newly elected Indian Prime Minister Narendra Modi pulled off a major feat: He successfully persuaded the United Nations to declare June 21 as International Yoga Day. To mark the occasion in 2016, U.N. Secretary-General Ban Ki-moon highlighted the physical and other benefits of practicing yoga. His endorsement was widely seen as a new high for Indian soft power.

Since then, however, India’s soft power has steadily slipped away. Most recently, New Delhi’s feckless handling of large-scale farmers’ protests over new agricultural laws has won government criticism from social activists and cultural celebrities alike, including Rihanna, Greta Thunberg, and Susan Sarandon.

At the very least, Modi could have issued an anodyne statement or two, promising to hear the plight of the farmer and make Indian agriculture work for everyone. Instead, the government has doubled down, condemned international meddling, and even opened an investigation into the “toolkit” for protests that Thunberg had apparently shared.

How has India, which made global headlines for its deft use of soft power just a few years ago, frittered away the standing it had secured? Flawed decisions by Modi’s Bharatiya Janata Party (BJP) certainly played a role. But the problem lies deeper. For decades, governments in India, regardless of political orientation, have been hypersensitive to foreign criticism of their domestic policy choices on a host of internal problems including routine police brutality and the abuse of minorities. Touchiness has, in turn, become an element of the country’s political culture.

For example, in the past, India has reacted quite adversely to any criticism of its human rights record in insurgency-wracked states. It has also sought to ward off any criticism involving the persecution of minorities. All too often, government officials have invoked the cloak of sovereignty to set aside foreign criticism of India’s domestic matters. India may not be perfect, the thinking seems to go, but it is doing the best it can against a range of problems that developed powers like the United States can’t begin to understand.

The tendency toward defensiveness has really come to the forefront under the second Modi government, which came to office in April 2019. This heightened pushback can be attributed to Modi’s pursuit of an ideologically charged political agenda that has raised serious questions about India’s commitment to the principles of liberal democracy. For example, when Malaysia expressed concerns about India’s Citizenship Amendment Act, the government cut back on palm oil imports from the country.

Many such decisions have damaged India’s image as a liberal democracy committed to free speech, freedom of the press, the rule of law, and protection of minority rights. In turn, one of India’s greatest soft power assets, its claim to be the world’s largest working democracy, has eroded. Unfortunately, this process amounts to a spiral: As the country’s image takes a battering, it gets more defensive and, in turn, its standing declines further.

Consider, for example, how the national government recently dealt itself a body blow when it maintained a studious silence after police in the state of Madhya Pradesh, also under BJP rule, charged a stand-up comic, Munawar Faruqui, for a joke about a Hindu deity that he had not cracked. The arrest was on the presumption that he had planned to do so, and he was held in custody for 35 days. Only when his lawyer appealed to the Indian Supreme Court was he finally released on bail. The episode underscores the government’s acute hostility toward free speech.

It wasn’t the only one. In February, using a colonial-era law, the government charged a number of journalists with sedition. They were arrested for merely reporting on the farmers’ protests. The formal charge was that their reporting had provoked violence. Among those taken in were Rajdeep Sardesai, a prominent national television anchor for India Today, and Vinod Jose, the executive editor of the Caravan, a long-form journalism magazine. Since they both work for prominent news organizations, they will likely have access to excellent legal counsel. However, in the meanwhile, they, as well as their employers, will be embroiled in legal proceedings that could drag out for weeks if not months given the glacial pace of judicial processes in India.

The government is also increasingly aggressive toward human rights activists. Another case is that of Stan Swamy, an 83-year-old Jesuit priest who has spent decades working among India’s tribal communities in the state of Jharkhand. Swamy came into the government’s crosshairs because of his activism on behalf of a tribal population facing predatory investors seeking to extract mineral resources from its lands. In early October 2020, India’s National Investigation Agency (NIA) arrested him on charges of terrorism related to an incident in 2018 involving caste-based violence with alleged links to Maoists. Since his arrest, he has been languishing in prison as he awaits trial. In the meantime, his lawyers had to petition multiple courts to enable him to get a sippy cup with a straw as he suffers from Parkinson’s disease.

Academic freedom is also in peril. Foreign academics working on subjects that the government deems to be politically sensitive have long faced difficulties in obtaining research visas to the country. In recent years, earlier governments concerned with the damage that such policies had done to India’s image in foreign academia had relented on its stringent visa rules. However, a directive from the Indian Ministry of Home Affairs, which was promulgated just over a week ago, could put an end to that progress. All virtual meetings between foreign academics and their Indian counterparts dealing with subjects that impinge on India’s national security and unspecified “internal matters” will now require prior approval from the ministry, the entity charged with maintaining domestic law and order.

The government, it seems reasonable to surmise, has made a cynical calculation. Even though it has come under considerable international criticism for a number of its policy choices, it has determined that declining soft power is a small price to pay for carrying through its particular political agenda and consolidating the BJP’s position. Its calculation, it appears, is that given the size of India’s economy, its growing presence in global forums, and its significance in global politics, these criticisms, in due course, will wane and peter out. In the meantime, the government will have rebuilt Indian society around its own ideological vision.

That’s a risky calculation. Even if the Modi administration believes it can withstand international raised eyebrows, it might not fare as well under the glare of its own citizens. In dealing with the farmers’ protests, who harbor genuine misgivings about the recently passed bills in Parliament, it has literally barricaded itself in New Delhi. With cement blocks, concertina wire, and legions of armed police blocking access to the national capital, the government is now dealing with yet another self-inflicted wound.

India’s soft power, had it been deftly deployed, could have significantly boosted the country’s global stature. Sadly, through a spate of flawed policy choices, the government has squandered a host of opportunities to enhance and burnish the country’s attractiveness to the global community. Already in the wake of the pandemic, coupled with a range of dubious policy choices, foreign investment in India is waning. With declining enthusiasm for India’s economic prospects, it is worth noting that for the first time in decades, Freedom House, the noted global human rights watchdog, has ranked India as “partly free.” Under these circumstances, few people, if any, around the world will look to India for inspiration, spiritual or otherwise, when International Yoga Day arrives this year. Meanwhile, scores of Indians themselves are increasingly vociferous in their demands for change. 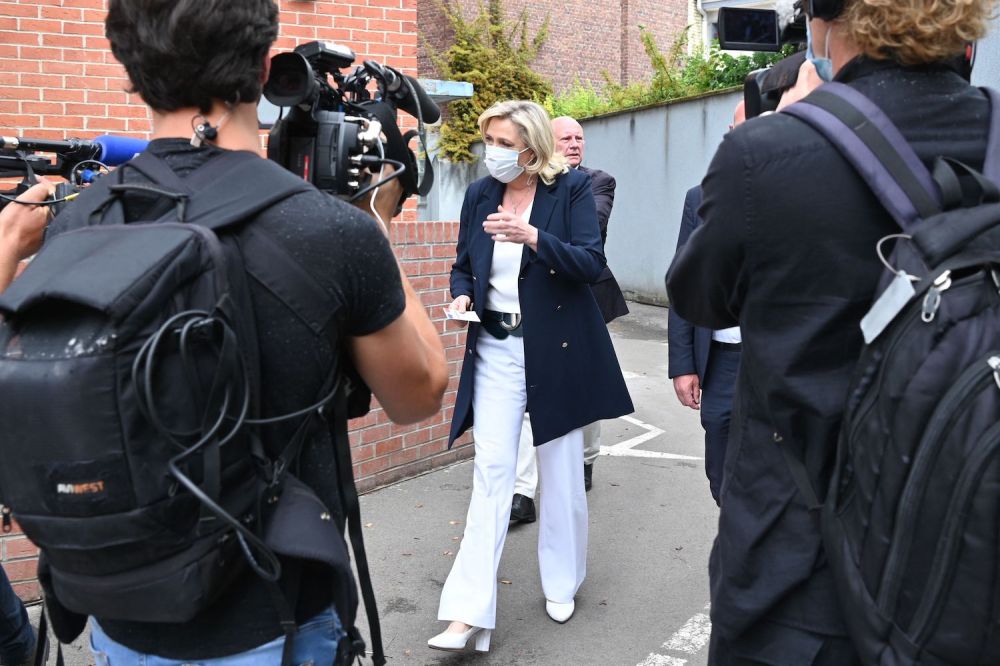 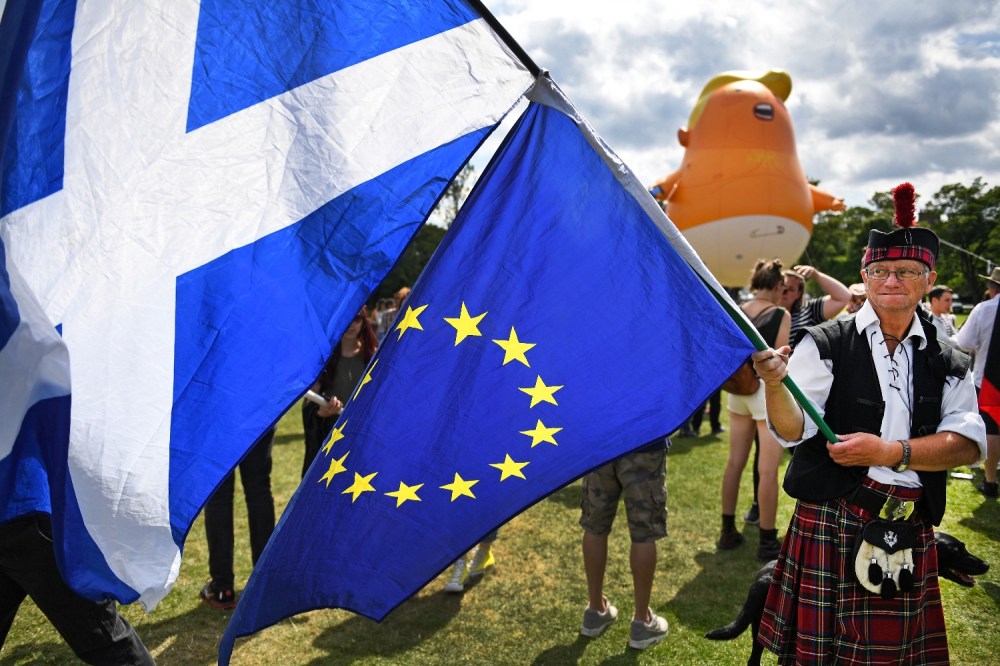 Scottish Independence Is a Safety Drawback for america 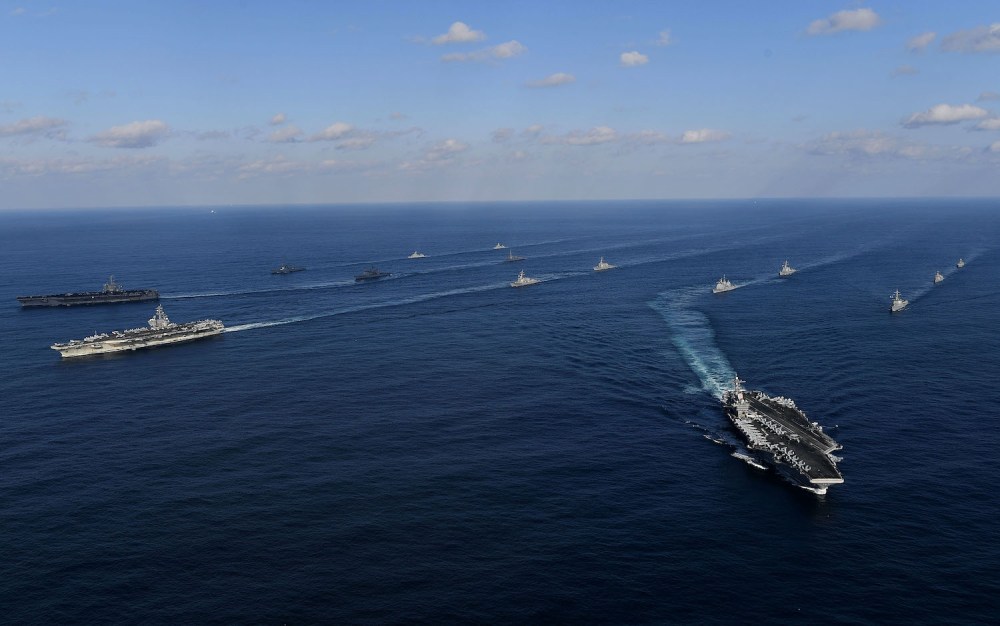 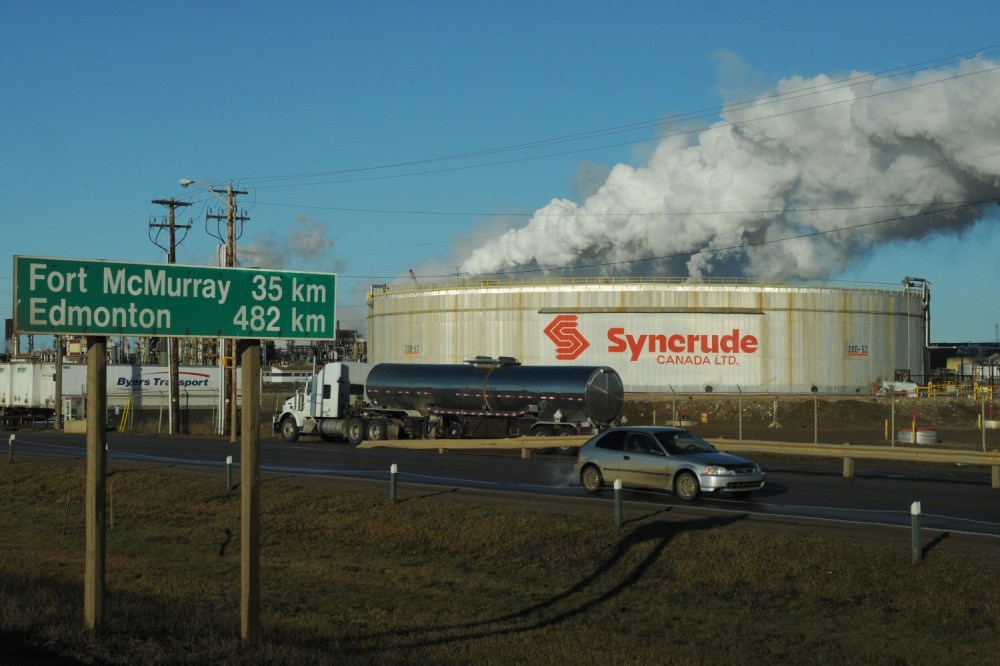